It’s always enjoyable when, on occasion, reading a book can recall other books and times since past.  This afternoon I’ve been getting close to the finale of Something Wicked This Way Comes, which I stopped my race to the conclusion specially to write this.

The sun is shining here, and this together with the carnival setting, took me back to a time in 2016, when I spent some time, with Tom and fellow blogger Morgan, in which we wandered around Boston and stared at things.

This particular time we headed out to Salem by boat, appreciating the planes coming into land as they passed over, the island where Shutter Island was filmed, and then passed into the sometimes creepy, sometimes tacky Salem.

At one point, we three sat on the park for a bit of a rest.  The sun – coincidentally the same one as today –  was shining down on us, Tom had fallen asleep in the faintly sinister way that some people have of sleeping with their eyes partially open, and I was engaged in The Book of Speculation, picked up, speculatively enough from the Barnes & Noble near the hostel. END_OF_DOCUMENT_TOKEN_TO_BE_REPLACED

On Sunday, we took the last-minute decision to put off our imminent return to the Philippines. The news from South East Asia was all about the Corona virus being rife nearby, and a baby with little immune system made it easy to delay until the beginning of April. 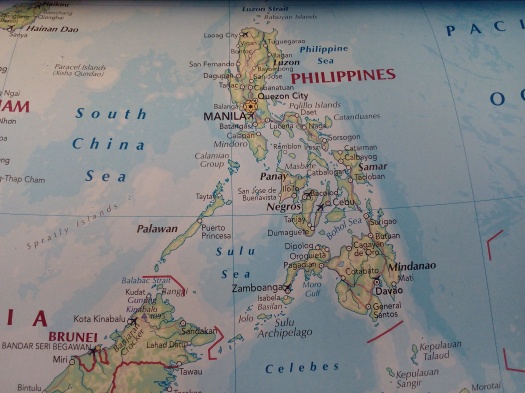 A death in the Philippines coupled with a government that had, until then, refused to shut the border to mainland China, Macau, and Hong Kong, due to ‘diplomacy’ issues was also deeply concerning.  Since we changed the tickets this has thankfully been rectified but it remains a worrying time for all over there.

We still took our planned trip to London to do a bit of exploring.  It was good to visit a new place, although London doesn’t interest me particularly, it is Instagram heaven for Filipinos.  It was enjoyable seeing new scenery and and eye opening to compare Londoners to dwellers from other cities. END_OF_DOCUMENT_TOKEN_TO_BE_REPLACED

Set on the French Riviera in the 1920s, American Dick Diver and his wife Nicole are the epitome of chic, living a glamorous lifestyle and entertaining friends at their villa. Young film star Rosemary Hoyt arrives in France and becomes entranced by the couple. It is not long before she is attracted to the enigmatic Dick, but he and his wife hold dark secrets and as their marriage becomes more fractured, Fitzgerald laments the failure of idealism and the carefully constructed trappings of high society in the Roaring Twenties.

This somewhat autobiographical novel is an interesting read, not only for the story itself, but also for the extra examination of Fitzgerald’s dependency on alcohol and his wife’s Schizophrenia.  This, his final and favourite novel is certainly a mixed bag but well worth picking up.

The old cliché about Americans who visit other countries is reinforced here as many of the characters retain a strong American identity but seem purposefully oblivious (and superior) to the cultures that surround them.  The locals tolerating their shenanigans partly because of America’s role in the war and, inevitably, the riches brought to a shattered continent recovering from the horrors of the First World War.

There is a vacuous nature to the majority of the characters, at one point I began to wonder if I would be bothered by the fates of any of them.  In a world filled with frivolous parties and empty conversations, the carefully manufactured and cultivated superficial facades mean so much to the characters, who like actors are putting on a well rehearsed show.

“When there were enough Americans on the platform the first impression of their immaculacy and their money began to fade into a vague racial dusk that hindered and blinded both them and their observers.” END_OF_DOCUMENT_TOKEN_TO_BE_REPLACED

I started a blog post back in January that had the first line, ‘Before it gets forgotten in the tumultuousness of the  new year…’. Having singularly failed to get around to chronicling our travels in England over Christmas, I can belatedly litter a few of those photos over this post.

Deleting most of my notes from the previous drafts, it is nonetheless a pleasant feeling to finish a post about England, and as it turns out – almost like it was planned –  we are now back over in the isle seemingly known as Brexit.  Ignoring the news though, it is good to be back on home ground, although I’m gutted that the football wasn’t on terrestrial(is this still a term?) television.

Suffering the usual fourteen and a half hour flight – spent watching Creed films this time -the highlight by a cracking English breakfast just before we landed at 8:10pm.  It was good to finally touch down, especially when we were gifted fast track passes for passport control, because Crissy has friends everywhere. END_OF_DOCUMENT_TOKEN_TO_BE_REPLACED

It’s been a while since I last posted, but in the brief time taken off, lots has happened.

first off, work has been taking up most of my time.  I am now working for a second book publisher, Shadow Alley Press.  The opportunity came out of the blue, but grabbing it with both hands, it promises lots of tight deadlines and a good stream of work, which is handy as I am not averse to grabbing a coffee at 10pm to power through to the early hours, if needs be.

We are also heading back to England for a time, at the end of May, so getting a visa for Crissy was a necessary distraction.  This was by far the most frustrating waste of time and money.

VFS Global are notorious for their terrible service.  The barriers we faced were, a website that logged us out automatically (and constantly) meaning we couldn’t book an appointment with them.  This was sorted after countless attempts on their poor excuse for a website.  When the visa arrived it was the wrong one, there was no phone number for the UK, it turns out that it doesn’t have a number (but numbers for Malta, Netherlands, etc are available).  Only bots ‘answered’ our messages on their website and social media.  Randomly turning up at their offices they acknowledged their mistake, nevertheless we had to buy an envelope for them to send the passport back to the British embassy for correction.  Then we find out their policy is to not deliver the visa to our door despite the mistake being theirs. END_OF_DOCUMENT_TOKEN_TO_BE_REPLACED

Owing to an uptake in work recently, not to mention offline stuff, I shall be off the blog for a short time.  I will be back to visit you all soon, and finally finish some posts I have had in the works for a ridiculous amount if time.

Until then, enjoy a photo or three the adventures of last weekend.

Good Friday promised a leisurely start, especially as the citizens of this country run on ‘Filipino time’ which generally consists of being late at ever opportunity so if you want people to show up at your desired time, its accepted that you tell everyone to arrive at least an hour earlier.  The opposite happened, of course. The rush was then on when word came through that we were going now, Right Now.  You can’t plan anything in advance, I find it best to go with the flow.

The whole weekend was glorious sunshine, especially after a cooling thunderstorm had  hit us the day before.  Off we went to Quezon province. Around about forty of us piled into cars and a lorry, and as usual the lovely countryside sprawled out for my viewing pleasure.

Rolling into our resort, the air con going 24/7 in the rooms was the best thing since the bread before sliced bread.  The first order of business was to go on a short pilgrimage up the Kamay ni Hesus.  Not being a Catholic, I still chose to wander up its 300 steps for the experience.  Thankfully it wasn’t too busy, last time my Filipino fam came the queue was three hours long. END_OF_DOCUMENT_TOKEN_TO_BE_REPLACED