Theology today can mean anything from reverence for the living God to the proposition that God is dead.  How has the ‘science of thinking about God’ reached this dilemma?

In modern times theology has run into that same crisis which has been induced in the whole of civilized culture by the direction of science.  The volume outlines the directions in of thought adopted by such modern theologians as Barth, Bultmann, Bonhoeffer and Tillich in the face of scientific challenge.  it reveals a liveliness and openness in modern religious thought which suggests that, whatever it may become in the future, theology is not dying.

Over the last year I have been paying attention to some famous American apologists and have come to the conclusion that they are very much like politicians in their answers to questions.  Finding Systematic and Philosophical Theology at the back of my bookcase has allowed for some more meaty theological thought instead.

The theology in question is focused on German protestantism of the first half of the 20th century, although there is some mention of Catholicism as well, when ideas converge.  All this is actually a lot more interesting than it may sound, believe it or not.

For laypeople who are reading out of general curiosity, such as myself, the first chapter is handy in summing up theology of the church upto the 19th century, before dealing in a more detailed way with 19th century German belief. END_OF_DOCUMENT_TOKEN_TO_BE_REPLACED

The days are flying by of late, what with now working fifty hours a week, it’s been hard to get a chance to blog, (and I am aware I need to answer comments but that will be done at a later date) so it came as a bit of a surprise when Crissy told me we were nearing our six hundredth subscriber on  our YouTube channel. 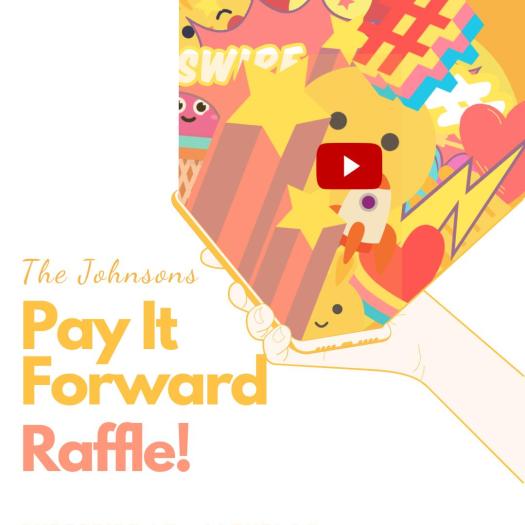 When you read this we will be at that specific number and so can announce that we already have our plans to pay forward all the kindness that has come our way – especially over the past year and a half – by donating to a charity chosen by our winner.  We will also be sharing some other prizes out for other lucky entrants, see our Facebook page for that, link below.

Here is your chance to win in The Johnsons’ Road to 1,000 Subscribers! Milestone Giveaways and Raffle! Join in these 4 easy steps:

3) Share your favourite The Johnsons’ YouTube video on your Facebook timeline and story with a witty caption and tag your chosen loved one, following with #TheJohnsonsPayItForward.

4) Send the screenshots of steps 1 to 3 to the Johnsons’ Facebook page and the link of your chosen charity. Wait for the confirmation of your raffle entry.
Raffle draw will be done once we reach 1,000 subscribers.

Most people, left to their own devices, think not in clichés but with originality and brilliance; that most individual voices, once heard, turn out to be voices of beauty and wisdom.

I think we all agree that a novel is nothing if it is not the expression of an individual voice, of a single view of experience — and how many of the good or even interesting novels, of the thousands published appear each year? – Joan Didion (I Can’t Get That Monster Out of My Mind – 1964)

With the UK most likely going into lock down again sometime soon, there will no doubt be quite a few children who will continue to be confused by all the goings on so a book about Covid, its implications and the precautions needed, plus a hearty thanks and some appreciation for health workers, etc. will come in handy for parents.

:Donna Marie, blogger and author says; I made available on my site for families with kids, educators, staff and their families and students hoping they stay safer by helping them comply, especially if they have to do in-person learning. They’re in 8.5 x 11 and 11 x 17 sizes to print for home or classroom; they show, in pictures, how to wear and handle masks properly, and thoroughly wash hands. This entire project is my contribution to helping children during this pandemic.

Approaching the new measures from a child’s point of view with all the emotional aspects, as well as explaining all about Covid and protecting oneself, the book also encourages family time and creativity, which helps to balance out and bring something positive into discussion. END_OF_DOCUMENT_TOKEN_TO_BE_REPLACED

In reading, friendship is suddenly brought back to its original purity.  There is no false amiability with books.

If we spend the evening with these friends, it is because we genuinely want to. – Marcel Proust 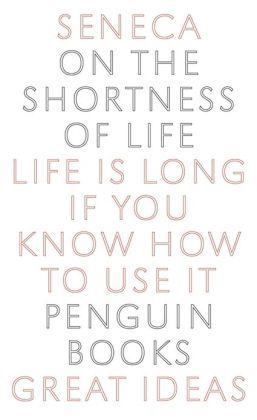 The writings of the ancient Roman philosopher Seneca offer powerful insights into stoicism, morality and the importance of reason, and continue to provide profound guidance to many through their eloquence, lucidity and wisdom.

Picking this book was entirely thanks to a video by PewDiePie, who, in between his usual meme and gaming content enjoys indulging in books, and particularly those of a philosophical nature. This time he explored Stoicism.  Being at a loose end for a book, and not having a copy of Marcus Aurelius’ Meditations to hand, this slim tome was the next best thing.

Of the three essays on offer, those being On the Shortness of Life,  Consolation to Helvia, and On Tranquillity of Mind, the first was my favourite, mainly because of all the famous Roman military and political figures that have become familiar over many books about that empire. The message of bettering oneself is always one that resonates strongly as well and writing that encourages reading is already preaching to the converted.

Each essay is written to a particular person, the first to Paulinus talks of spending time fruitfully in the timeless pursuit of wisdom through philosophy, the second consoles his mother on his exile to Corsica, and the final essay is written in letter form to Serenus, in which he offers advice on how to achieve a peaceful mind with moderation and self-control. END_OF_DOCUMENT_TOKEN_TO_BE_REPLACED

Recently I have been reacquainting myself with reading in low light. I spend an inordinate amount of time getting the illumination exactly right for my nightly reading forays. During my experiments, I have found that the best light is that which is almost too dark, but just bright enough to make out the words with a bit of concentration.

My reasoning is simple, to truly connect with the book, quite literally in hand, there needs to be complete immersion.  With less light, the world beyond the page in my peripheral vision becomes just a black abyss, and visual distractions are extinguished, except for what my imagination conjures in that murk. Add to this the near silence (Amelia permitting) and complete escapism is fully achieved.

I spent most of my 20’s engaged in doing this as I didn’t go out clubbing or whatever else was ‘hip’ back then. The plethora of books I first enjoyed in this way varied, and of the calibre which was thus: The Girl Who Loved Tom Gordon, The Woman in Black, 2001: A Space Odyssey, Rendezvous With Rama, Phaedo, The Wind in the Willows, The Stand, The Voyage of the Dawn Treader, The Complete Hercule Poirot short stories, The Midwich Cuckoos, The castle of Crossed Destinies, The Extraordinary Voyage of Pytheas the Greek, The Island of the Day Before,  Journey to the Centre of the Earth, Peter Pan, and Endymion Spring.  END_OF_DOCUMENT_TOKEN_TO_BE_REPLACED

Books alone teach us to judge of truth and good in the abstract: without a knowledge of things at a distance from us, we judge like savages or animals from our senses and appetites alone; but by the aid of books and of an intercourse with the world of ideas, we are purified, raised, ennobled from savages into intellectual and rational beings. – William Hazlitt

As teenagers in Lagos, Ifemelu and Obinze fall in love. Their Nigeria is under military dictatorship, and people are fleeing the country if they can. The self-assured Ifemelu departs for America. There she suffers defeats and triumphs, finds and loses relationships, all the while feeling the weight of something she never thought of back home: race. Obinze had hoped to join her, but post-9/11 America will not let him in, and he plunges into a dangerous, undocumented life in London.

Thirteen years later, Obinze is a wealthy man in a newly democratic Nigeria, while Ifemelu has achieved success as a blogger. But after so long apart and so many changes, will they find the courage to meet again, face to face?

Whenever critics praise something en masse, I automatically assume the worst, so I was pleasantly surprised when I flew through the first one hundred pages and felt engaged with the story.  I enjoyed the Nigerian section of the book, it was an insight into a culture and country that I knew little about, barring the football.

Americanah attempts to dissect many social problems, and as you would expect race is a big factor, as is class, a nod to how organised religion can fleece the flock, not to mention hair issues, which was something I didn’t expect to become interested in, although the more it was spoken about the less bothered I became.

After the first half of the book, I became increasingly disillusioned, because whilst there is plenty to think about, it’s ultimately a preachy novel and doesn’t bring much new to the table. The conclusion disappointed too, which annoyed me as it wasn’t a satisfying pay off for the grind that the latter half of the book was.

There were things I liked about the book, exploring the attitudes of Africans to each other when abroad, the struggles of fitting in versus retaining one’s own culture, the changes in attitude when returning to Africa. There were times when I considered if I had had any foot in mouth conversations, as its always good to self-examine. END_OF_DOCUMENT_TOKEN_TO_BE_REPLACED

As it has been raining a lot here recently, it brings to mind one of those thoughts that is made for just such days.  The creative flows when the rainwater does…

The ‘pock’ sounds on the fabric of the umbrella,
jarringly unlike the gentle susurrus of those
which thud on the ground.
Surroundings tingle all the senses,
the rising scents
the tangy taste on the air
the cleansed colours.

The walk is a glorious thing
especially shared with the closeness of a companion,
shoulders sometimes touching,
Perhaps an entwining
of hands on handle
A sense of total togetherness, intimate,
through delicate and momentary caresses.

The way that makes one feel
in no particular rush to be anywhere
time slackened
just existing
under the brolly,
a closed world,
Shared solely between two.

*Picture found for free at wallpaperbetter.com