Back in the day I used to go a local pub that had  ‘award winning’ bangers and mash on the menu,  even the staff didn’t know anything about this award, and the meal wasn’t up to much anyway.

The day was sunny, but I was sulky.  This had to do with my usual reading table being occupied, as well as my back up reading table.  Making do with a different view and some less than satisfactory light and shooing away a work colleague who wanted to chat on a day off, I settled down to my book, accompanied by a pint of mediocre bitter.

The book in question was Hugh Thomas‘, The Conquest of Mexico. This is a weighty tome detailing how the Spanish came to the Americas and into great depth on the titular conquest itself.

I slowly became aware of a chap in my peripheral vision who seemed to be bobbing up and down whilst facing my direction.  In the end I made the mistake of looking. He was stood up but was contorting his body in an uncomfortable manner in an attempt to read the title on the spine of my book.

Making eye contact – a big mistake – he decided this was an invitation to join me.  Amiable as I was back in the day, I was happy to chat with someone who showed an interest in books.  The conversation started well as he commented not many people read in pubs, especially in our town. END_OF_DOCUMENT_TOKEN_TO_BE_REPLACED

After yesterday’s post, it makes sense to add that the last few pages of The BBC Big Read book listed the books that didn’t make it into the top one hundred.  There are far too many Terry Pratchett and Jacqueline Wilson books for my liking, which underlines the major flaw in the survey. 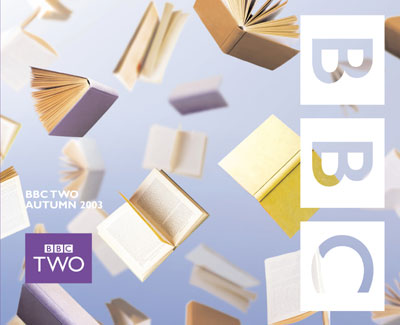 There are some good quality books that didn’t make it, and plenty of choice for the book pile.  After the forty-three that I had read from the top one hundred, it’s even more dismaying to find that I have only read thirty-six of this offering, although I did start Moby Dick, and The Handmaid’s Tale but didn’t finish them.  I trust your scoring will put me to shame. END_OF_DOCUMENT_TOKEN_TO_BE_REPLACED 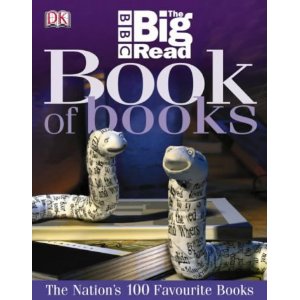 Here’s a blast from the past!  In 2003 the BBC launched a survey to find the nation’s best loved book of all time.

Although the results are somewhat engaging, by allowing unlimited entries per author the final list clogs up a bit.  The rule of only one book per author in the top twenty-one places, which then went on to the final round of voting, balances this out a little. Below is the final order.

As a retrospective it makes for interesting reading, it’s not a surprise to see the Harry Potter books placing so highly (as well as Philip Pullman’s His Dark Materials), although that probably speaks more for the demographic of voters and the HP phenomenon being at fever pitch at the time, perhaps.

Now is your turn to play along at home, how many of these have you read? I’ve finished the highlighted forty-three books, which is a bit disappointing, especially as I have owned plenty of the other books at times but never gotten around to reading them when they were within my grasp. END_OF_DOCUMENT_TOKEN_TO_BE_REPLACED

Now that our YouTube channel is up and established we will be doing a livestream tomorrow, details on the missus’ blog, if you’re asleep at that time you can catch up with it later when the whole stream will be uploaded. There will be some book talk unsurprisingly, pop along if you wish…

It is a very hot summer day here in England – something very unsual for I don’t really associate this country as bright and sunny.

As you all know, these past two months have been very busy for my husband and I. We started our YouTube channel – The Johnsons mainly because we were bored in lockdown. Two months later, we are making genuine friends and making connections from all over the world. I would like to invite all of those who bothered to read this post for our second live streaming tomorrow, June 26, 2020 at 12:30PM +GMT.

The Lambton Worm is evil, EVIL, EVIL.  And all it needs to be set free is someone to perform one wicked act, just one bad deed.  When young John Lambton, son of Lord Lambton, defies his father and sneaks out of the castle at dawn on a Sunday morning to go fishing, he has no idea of the evil he has setting in motion.

I read this book in primary school, not that I remembered much about its contents when starting this recently, just a recollection of a protracted fight scene.  There has also been a question in my mind for years over whether I did, in fact, enjoy this book or found it plain scary.

The story is based on an old legend from County Durham, in England and dates from the 14th century, retold here for children The Lambton Worm retains the history of the story, featuring castles and also has a side story about the Crusades as well which I didn’t recall but enjoyed immensely.

The titular worm is by far the best character in the book, starting off with the thought, “Oooooh, I’m evil!”, the cartoonish nature of the beast subtly changes as it grows more powerful throughout the story.  The worm is a pitiable creature but also faintly sinister, which was the main reason I think that this book always bothered me. END_OF_DOCUMENT_TOKEN_TO_BE_REPLACED

This quote sums up so much of what it is to be a reader, and to explore and attempt to make sense of the puzzles that books give us.  To learn and better ourselves through the chronicles of accomplishments of those before us.

“She paused by the science shelves, not because she understood much science, but, rather because she did not. Whenever she opened a scientific book and saw whole paragraphs of incomprehensible words and symbols, she felt a sense of wonder at the great territories of learning that lay beyond her – the sum of so many noble and purposive attempts to make objective sense of the world.”

Having various body parts hanging over the edge of the bed and being poked mercilessly for hours by a restless baby, not yet ready to settle in her own sleeping space, I finally gave up and shuffled wearily downstairs at 4am to read Émile Zola’s, La Bête Humaine.

Admittedly, that time of the morning is always pleasing once the mood improves enough to observe surroundings and to be in a position to appreciate the quiet, the chill that settles on bare arms, and, this morning, the fog, illuminated in the glow of the streetlamp, swirling in beguiling patterns.

There are white roses edging along our garden gate, some petals are strewn over the ground at the foot of the fence. This felt symbolic as the book I start is a tale of jealousy, passion, and murder. As the reading light illuminated the pages, I ventured to the soot covered French railways of the late 1800’s…

The unexpected joys of having a baby can prove to be a real bonus, although sleep would be satisfying one of these days.

California’s fertile Salinas Valley is home to two families whose destinies are fruitfully, and fatally, intertwined. Over the generations, between the beginning of the twentieth century and the end of the First World War, the Trasks and the Hamiltons will helplessly replay the fall of Adam and Eve and the murderous rivalry of Cain and Abel.

Like Alasdair Gray’s Lanark, there are certain books that you just know will become treasured reads even before the first page has been fully read. These special books also keep me awake at night, itching to write a review as soon as is decent and the coffee is brewed.

East of Eden is a sprawling masterpiece of a story, giving the reader far more to get their teeth into than the blurb could possibly convey, even if it were aiming to do so. Over generations the story tackles themes of revenge, love, good and evil, and a whole plethora of facets in the human condition.

Firstly, the reader is drawn in by the perfectly described landscape, and then once lovingly established, the believable and flawed set of characters is introduced.  I found myself interested in all their stories, from the side characters who rarely featured but whose fates were revealed, to the main protagonists who grew throughout the pages.  END_OF_DOCUMENT_TOKEN_TO_BE_REPLACED

In reading, friendship is suddenly brought back to its original purity.  There is no false amiability with books. 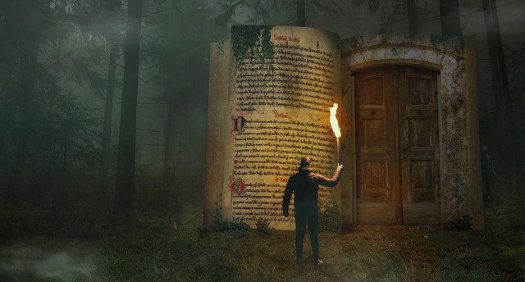 If we spend the evening with these friends, it is because we genuinely want to. – Marcel Proust

This illuminating, disturbing, highly original book shows how modern art reflects a wholeculture – a dying culture. Dr Rookmaaker outlines the various steps, the decisive choices that have been made, which have led to the modern movement. But the steps have not been made in isolation from socety generally. They depend on a worldview, particualrly on the values and presuppositions of the Enlightenment, the Age of Reason, which have made our culture what it is today.

With his analysis of both well-known and lesser-known works of art, his broad understanding of contemporary cultures and sub-cultures, pop and op, happenings and hippies, jazz and beat, protest and revolution, Dr Rookmaaker builds up a message for our times which may be devestating, but is also profoundly helpful and positive. He sees above all the tremendous potential and relevence of Christian attitudes, to man, to society, to freedom, to the whole of reality, as the basis for a way ahead in the future.

It is always a pleasure to get a particular insight into art, and especially paintings that have passed my ignorant self by. Reflecting on this book, parts of it are dated yet it is an intriguing read, especially if you have your internet browser of choice handy for referencing the artwork mentioned but not shown.

Like the proverbial game of football, this is a book of two halves.  I really enjoyed the exploration of art through the ages, the way it was framed, and the stories the paintings tell, as well as those of the artists.  On the downside, there were plenty of bones of contention I had with some of Rookmaaker’s assertions when it came to religion and science.The book was first published in the 70’s, and it has dated to varying degrees.  Mainly though I spent an inordinate amount of time looking for the bit about Émile Zola, which was promised in a chapter and never appeared, which was a disappointment.

My main gripe with the author’s arguments were the plentiful attacks on science, Rookmaaker bizarrely complains that science has reduced reality to the things we can see and leaving out explanations that lack a naturalistic or rationalistic reason.  No offer of how one would test for those explanations is forthcoming, unsurprisingly. END_OF_DOCUMENT_TOKEN_TO_BE_REPLACED