I recently had a moan about all the meaningless (and prolific) ‘inspirational’ posts that clog my Facebook feed, when all I want to do is have a quick and peaceful nosy into what people are doing in their lives.  I’m sure some find such slogans helpful and positive but stop to give even a brief thought to the actual content and it quickly becomes irritating.

After posting a somewhat, ‘grumpy’ status about the situation, (and having no one really react which, perhaps, tells its own story) I came across another nettlesome post on Instagram, that was originally a Tweet.  I’m assuming some of you came across this statement over the last week or so,

You’re not well read if all you read is white authors.

It didn’t take long to analyse the flaw in that statement.  Whilst it is probably (hopefully) a well-meaning encouragement to people to read widely, the stench of identity politics is overwhelming. Substitute the word white for fantasy, people of colour (or your group of choice), gay, women, or men, and the point could still be taken.

White is the word that will get the most traction in terms of comments though and is most likely the reason behind the wording which will guarantee the fifteen minutes of internet viral fame so craved.  On reflection it strikes me as lazy, picking an easy target. Like Trump or George W. Bush jokes back in the day, for example, it lacks finesse and plays only to the easily pleased crowd. END_OF_DOCUMENT_TOKEN_TO_BE_REPLACED

Here is a new and challenging appraisal of Norway, the author’s country of birth, that redefines its history, culture and heritage -‘after Ibsen – and looks, with a degree of ominous foreboding, at its future and the future of Europe.  Ex-diplomat and widely published author Jørgensen explores an array of topics, from Norway’s Viking pat, its pursuit of independence, the German occupation, its politics and cultural heritage, the defence of NATO, the relationship with Europe, and the challenge of Russia, concluding with ‘self-image and reality’.  In Northern Light, the author challenges many existing perceptions and stereotypes, making this an essetial reference for anyone interested in Norway and its people, international affairs, European history and its cultural legacy.

Back with another book by blog favourite Nils-Johan Jørgensen, Northern Light, much like his other nonfiction books, An Image of the Times and Four Days in January, is an insightful look at his chosen topic, which in this case is a well-rounded, authoritative insight into his country of birth. One that is not too well known on the international stage, especially considering the dramatics of other countries, but is nonetheless worthy of thorough investigation.

After the Vikings, and the discovery of America, the history books tend to go quiet when it comes to Norway, and Scandinavia in general, up until the second world war in the case of the UK education system.  This book allows for the discovery, or rediscovery, of Norway’s role in such diverse events as the Napoleonic Wars and its relationship with Russia, a nation whose shadow looms large with aggression over the whole arctic region.

A country of mystery with the Aurora Borealis, the picturesque fjords, as well as its international exploration, and being the so-called best place to live, there is so much more to uncover.  Not least its inhabitants attitudes of both isolationism yet at the same time the wish to embrace the world. END_OF_DOCUMENT_TOKEN_TO_BE_REPLACED

This is the first interpretive history of Central America by a Central American historian to be published in English. Anyone with an interest in current events in the region will find here an insightful and well-written guide to the history of its five national states – Guatemala, Honduras, El Salvador, Nicaragua, and Costa Rica. Traces of a common past invite us to make generalizations about the region, even to posit the idea of a Central American nation. But, asHector Perez-Brignoli shows us, we can learn more from a comparative approach that establishes both the points of convergence and the separate paths taken by the five different countries of Central America.

Sometimes it seems that the countries that make up the Mesoamerican region are presented as just that, a homogenous zone that just happens to have borders.  The complexity of the area is compelling and laid out in a detailed and sprawling summary.

This, the first native overview to be published in English aims to explore the histories, views and motivations of the various peoples, it’s a history from the 16th century all the way through to nineteen eighty-seven. Despite being written by a local, the work is detached from any emotional analysis and has led me to take an interest in the present condition of these countries.

The historical account is a comprehensive loss of pre-columbian culture, countries pillaged and subjugated, then rendered weak by Spanish leaving.  The – sadly – expected tales of repression, class inequality, coups, general chaos, corruption, and foreign powers meddling for their own good are all seen here as expected. END_OF_DOCUMENT_TOKEN_TO_BE_REPLACED

In No One Left to Lie To, Christopher Hitchens portrays President Bill Clinton as one of the most ideologically skewed and morally negligent politicians of recent times. In a blistering polemic which shows that Clinton was at once philanderer and philistine, crooked and corrupt, Hitchens challenges perceptions – of liberals and conservatives alike – of this highly divisive figure.

With blistering wit and meticulous documentation, Hitchens masterfully deconstructs Clinton’s abject propensity for pandering to the Left while delivering to the Right and argues that the president’s personal transgressions were inseparable from his political corruption.

With his usual concise and devastating literary style, Hitch was not a man to hold back when he came across hypocrisy and lies.  Rooting out the shameful nature of Bill Clinton’s presidency, he is angry, and rightfully so.  As with his book, The Trial of Henry Kissinger, such a work should surely call for a law suit or three were the claims wholly inaccurate, tellingly,  none there came.

Books like this are essential,  not only to shine a light on the dizzyingly shameful complicity of the press, but also to give examples of what good journalism actually is;  Reporting accurately and consistently, with research and sources, and exposing the dissembling and corrupt.

Bill’s career highlights are all here, including the numerous sexual assaults on women, the launching of bombing missions to coincide with congressional hearings and therefore divert the media’s attention, the dismantling of welfare, and his propensity to about-face on any promise he gave.  It is surprising, but not shocking to discover just degenerate the politics here is. END_OF_DOCUMENT_TOKEN_TO_BE_REPLACED

It’s Monday and catching up on the YouTube I follow after a few day’s absence was predictably depressing.  There was a ‘woke’ BBC sketch (this is the BBC that has admitted it would never commission something like Monty Python these days) that has been doing the rounds recently which was mildly amusing – at best – but (and although I don’t always agree with him) this Jonathan Pie tirade really gets the message across in a much more forceful way.

It’s a much-needed rant and I believe he speaks for many sane people on the subject, just with more expletives.  We only get one life, we should concentrate on saving the culture as well as the physical planet.  It would be great to hold all these virtue signallers to account and mock them mercilessly – as nobody has the right not to be offended – but if you notice, more and more websites are disabling or deleting comments that echo Mr Pie’s…funny that.

It needs to be reiterated everyday.  Always listen to all sides of an argument, base your opinions on the facts, not the hearsay and seek out what may be being censored (for those who censor are surely losing the argument).  Never react to the headline, always call out those that base their politics on them, and constantly question what you think you know. 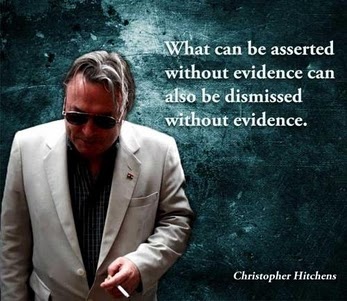 There is no blurb for this one, partly because this copy didn’t come with one – just excerpts from newspaper reviews – and partly because it needs no blurb.  The book speaks for itself and with Alexievich’s Nobel Prize in Literature award, it means it will thankfully never be forgotten.

After a short historical background on the explosion of reactor no. 4 (whose radioactive particles reached as far as China and Africa), the reader is introduced to A lone human voice. This  truly shocking and saddening account sets the scene for this outstanding and powerful chronicle of eyewitness recollections  from those that were involved with the Chernobyl catastrophe.

Often forgotten in the face of overwhelming statistics are the real human lives who have suffered, those forgotten get a voice here.  The cost is not just in lives lost but dreams and hopes shattered, health ruined and families torn apart.  This book focuses on the Belarusians who bore the brunt of the disaster and of those who helped try to contain it and the risks they took.

The beauty of this series of monologues is that Alexievich didn’t ask questions, instead she did the one thing that the people had been wanting for years, she listened. Apart from an essay of her own the author merely adds only the briefest additions to the text such as ‘he looks pensive’, ‘she cries’ and so on.

This allows the people to talk about whatever they need to and follow the direction of their thoughts and there is a surprising amount of philosophical views that come out.  Especially as many still don’t accept the subtle devastation that hit their lands and destroyed them,  who were then shunned by an uneducated public.  What shines through is that they loved their land and animals, most of those living there knew little else and the passion for their lost place is ever present.
END_OF_DOCUMENT_TOKEN_TO_BE_REPLACED