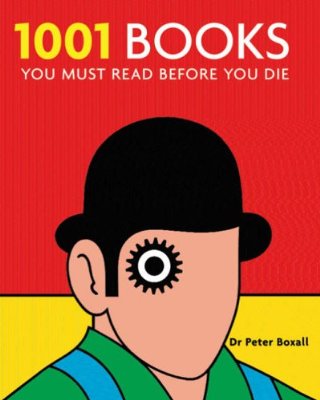 I love books like this, which is odd as they annoy me something chronic.

Just to give a quick overview of each: 1001 Books You Must Read Before You Die. All of them, 1001 books, this is not a recommendation, it is an order. Good luck.  With a title worded like that, that would have been the blurb if I was in charge.  The book is split in five sections, pre 1700’s, 1700’s etc and a bunch of university chappies and chappesses have picked the books. There are a couple of handy indexes of book titles and authors which is always good.

The Big Read Book of Books is the culmination of  2003 vote by the British people for their favourite books. The rules being that authors may only have one book in the top 21, so predictably spots 22-25 were taken up with three of the four Harry Potter books then published. 100-22 have been put in order but so the BBC cash in could begin this book went to press before the phone vote for the final 21 had been cast so the top 21 are just in alphabetical order. Again the index you would expect and also books 101-200 that missed the vote.

Both books are great to dip into and do a good job of whetting the readers appetite for reading a book(or five). Lavishly presented ,whilst 1001 goes for an understated reproduction of original book covers,film posters etc,  the BBC have had the same idea but added a small author biography and facts as well as photo captions.

Of course these books, as with any review, is entirely subjective and the arguments that these books will start are part of the fun but I can’t help being disappointed in  the way that to much space to the traditional heavyweight authors. This is perhaps more understandable in The Big Read book, as it was part of the Britain’s favourite read campaign but as ever there is never any criteria with which to make judgements.  It would have made sense to put a maximum number cap on entries per author. If the maximum an author could have, was say two then the Dickens and JK Rowling votes(for example) would have been more tactical. Did Terry Pratchett and Jaqueline Wilson really deserve five and four books respectively?Perhaps they do until a quick look at the 101-200 placed books reveals that Diary of a Nobody, Heart of Darkness and name of the Rose all missed out. But then again that is just me.

1001 pulls the same trick with Virginia Woolf (9 books), Beckett (10) rushdie and Don Delillo (7 respectively).  Way to much space is given to 20th century authors, there is no Iliad, Canterbury Tales or Divine Comedy in the woefully short pre 1700s category Interestingly there is one unwritten rule about both these books and that is that only fiction books were included. Which is a shame. 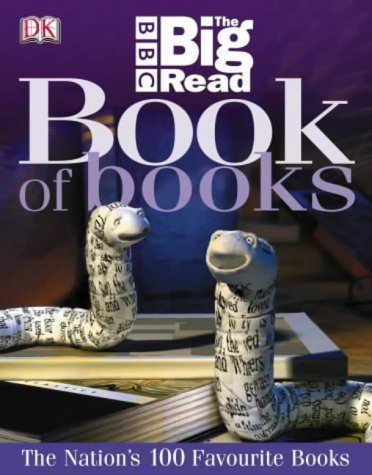 Luckily despite picking fault with the process I do come back to these books occasionally,  even the fact that Jerome K Jerome’s Three Men in a Boat (the finest English comedy farce there is) hasn’t been included in either book has not deterred me and possibly more arguably Irene Nemirovsky, but that is of course just my subjectivisism.

These books are of the ‘coffee table’ variety but do offer so much scope for inspiration when inspired to buy a book or alternatively just help pass the time, Although if epic poems are your thing then you might want to look elsewhere.